My Welsh Relatives And A Family Secret

WITH a surname like Wynne-Jones, my family’s Welsh roots are obvious. My dad spent his early years in Lampeter, and later on in Llanishen and it’s important to me that I know that because my mother’s early provenance is a mystery. It is precious to me that I know that dad’s father became a fluent Welsh speaker and also became a Welsh Nationalist, and that his mum baked wonderful cakes and was enterprising and courageous. As a young girl I sometimes visited ‘Granny in Wales’ when she shared a house in Sully with her son Basil, who was a clergyman. I met cousins, uncles and aunts at Welsh family gatherings and was taught how to pronounce some of the longer and poetic Welsh place names. But I do not even know what liaison led to my mother’s birth. It is a secret. Was it happy or sad?

Given the way of such things, it was probably both. If I were writing a book about it, I think would have liked to give the tale a happier ending. I feel a sympathy for the grandmother I never met, just like I often feel compassion for people in my books. For some reason she couldn’t keep her baby, but in one of my novels a single mother keeps her child, though he was also born in an age when illegitimacy was shameful. I’m sure the mysteries surrounding my grandmother informed the story-line.

My mother was adopted by a rather grand Anglo Irish family with a beautiful estate in Ireland and became a ‘de Vere’. She eventually wrote a lovely book that describes her childhood and experiences as a young woman. Writing seems to be in the family genes, and I occasionally wonder if the Granny I never knew sometimes found herself voyaging with words, feeling the solace of it – the surprises and discoveries.

Writing, then, was very much part of my early life. Dad had written some educational books for children when he was younger. He worked overseas in education for many years and then became a teacher and headmaster. He was 54 when I was born and shortly afterwards became a clergyman. We lived in County Limerick in the depths of the Irish countryside and he spent hours tapping away on his typewriter in the large, rambling rectory. His face intent, his fingers hardly able to keep up with his thoughts. I sometimes borrowed his typewriter. In fact I wrote my first book on it called ‘Stories For Everyone’. I was about 11 at the time.

A self-published work with a print run of one copy, it featured a woman, a horse and a puppy on the cardboard front cover. It contained two stories – one was about my pony Merrylegs and another was about the joys of nature, so it didn’t quite live up to its title.

I now live in Ireland and have also lived in England, Africa and the United States. Though I still adore ponies and nature these days I have extended my subject matter. Other women’s lives fascinate me, and writing about them helps me to make sense of my own experiences. What’s more, I make all sorts of new friends as I type the chapters. Characters sometimes just seem to turn up, and I greet them hoping that they will share their hopes and disappointments, their fears and dreams and perplexities. 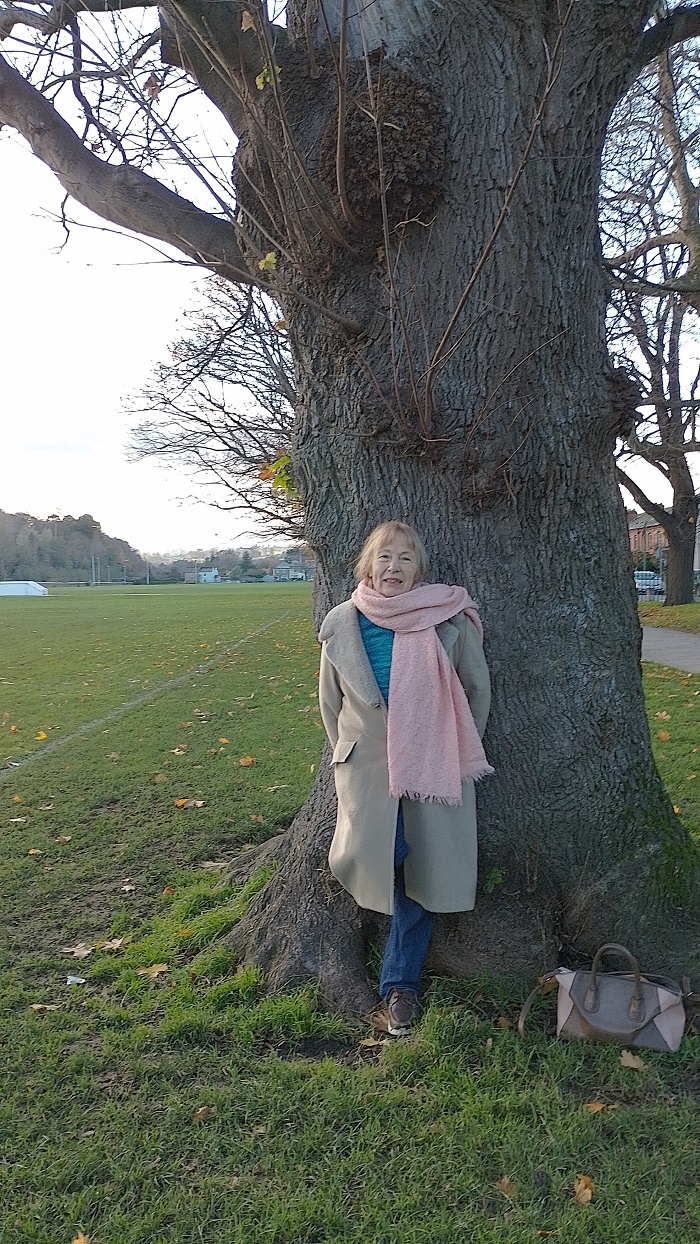 I appreciate intimacy in ordinary life, people who seem to understand, people I don’t have to pretend with. And that’s what the characters in my novels ask of my friendship with them. They want to take off their masks and tell it how it truly is. Sometimes male characters do this too and I almost fall in love with them. For example I find Charlie in my book Ordinary Miracles deeply fanciable. And Nathaniel in The Truth Club would make a most wonderful confidant.

As Joseph O’Connor said: “There is only one trait that writers have in common. They watch for the extraordinary magic that lies in the everyday. Not willing inspiration but just being open to the world. This quiet looking and thinking is the imagination. It’s letting in ideas. It’s trying, I suppose, to make some sense of things.” Yes, that’s what us writers really need, and hope for.

I suppose I should mention Christmas, since it’s Christmas Eve. Lots of folks, including myself, have rather mixed feelings about this time of the year. I find the Spiritual message beautiful, though.

Hope you have yourselves a Merry Little Christmas, sweeties.

With love and light,