Sally Adams is a new bride who needs to solve a mystery, and she also has a tempting stranger to contend with. ‘a #GreatRead ‘Irish Times ‘A great read that has a few twist and turns! Keeps you wanting to find out the truth!’ **** ‘I loved every single second I spent #reading it.’ **** Funny, wry and smart.’ *****
‘A real #comfort #read to be read anywhere. But best with a nice mug of tea or coffee, and a packet of chocolate biscuits.’ *****

Sometimes to know the truth you need to listen to your heart….
New edition September
Click image to preview at Amazon 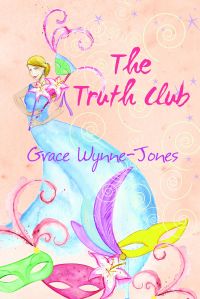 Family life is not always a family show and marriage seems to have stirred up all sorts of weird longings in Sally Adams. On the surface she seems to have everything she needs to be happy….so why is she guzzling so many chocolate biscuits and dreaming of elsewhere? She has good friends, an interesting job and an almost brand new husband. Then a chance encounter with a stranger makes it all too clear that life could have been so different if she had followed her heart.

She begins to wonder if the key to fulfillment lies not in the present but in the past. Over fifty years before, Sally’s Great-Aunt DeeDee, the official black sheep of the family, disappeared. When Sally uncovers a scandal that has left deep fault lines in her family she begins to understand the legacy of lies and secrets that are echoed in her complicated relationship with her sister, April. As she unravels the mystery she begins to see what she has been hiding from. And she learns that to be who she truly is and to find her soul mate, she must be honest…and she must be brave.

REVIEW EXTRACTS FOR ‘THE TRUTH CLUB’:

‘…..Grace Wynne-Jones has written an entertaining, intelligent and genuinely funny story….this is a great read, especially for commuters…guaranteed to shorten any journey.’ The Irish Times

‘It (‘The Truth Club’) manages to achieve something that most chick ‘lit’ doesn’t. it makes you want to read past the half-way point. And most unusually, you even find yourself wanting to read right to the end, as opposed to finishing it out of a sense of tidiness, as you would the last biscuit on the plate…there are shades on an intense Anne Tyler novel about it, especially in Sally’s intimate assessment of her relationship with her husband, which is mature and insightful…If ‘The Truth Club’ were a dessert, it would be a tiramisu: multi-layered, and definitely substantial, with some surprising elements to it. Ultimately satisfying….’ Evening Herald

‘The terrain of ‘The Truth Club’ …is the fragility of the human heart, the conflicting loyalties that relationships bring, the choices that we make or simply fail to….a delicate exploration of being human.’ The Irish Examiner

‘…a novel which by turns had me laughing (aloud) entranced and, by the end a little bit wiser than I was at the beginning. In ‘The Truth Club’ Grace Wynne-Jones has produced a book in which the eclectic characters almost leap from the pages…the book also contains a perfect man, Nathaniel, who ‘almost always’ says the right thing….’ Ireland on Sunday

‘In the latest crop of chick-lit beach reads…Grace Wynne-Jones comes out top with her quirky new novel ‘The Truth Club’. Her characterisation is always amusing and the plot is delivered with warmth and a healthy sense of the ridiculous…it’s Ms Wynne-Jones’s cutesy sense of humour that makes this book so tasty.’ The Sunday Independent

‘It is a tour de force.’ Katie Fforde

‘Living in Dublin and married for less than two years to Diarmuid, she leaves her new home when she becomes disenchanted with his obsession with his work, the lack of romance and her realisation that the marriage was a big mistake. At the same time, at the request of her favourite aunt, she sets out to search for a long lost aunt, DeeDee, who left the family under a cloud many years before and, if still alive, is believed to be in Rio. Before the search can really get going, she bumps into Nathaniel, a handsome hunk she once fancied but never spoke to. He is separated from his wife and, by coincidence or design, Sally and Nathaniel keep meeting. When he hears of the lost aunt, Nathaniel takes up the search. Interweaving sub-plots concern Sally’s two best friends: Erika, who has to face the fact that her secret married lover will never leave his wife; and Fiona, who is pregnant and has a secret which she is afraid to tell her husband. ‘The Truth Club’ refers to the gradual revelation of these secrets and the need for all the characters to face up to truths in their lives. Grace Wynne-Jones has a gift for comedy, making the reader smile on every page and often laugh. She also has a natural insight into the feelings of women and their relationships with other women, which is very engaging. She has a modern take on sexual relationships that will be realistic to some readers, perhaps casual to some, though the book is never explicit. Personally, though the romance works well, I enjoyed the comedy and well-constructed plot more.’ Beryl Thomas (Full Review)
A review from www.gwales.com, with the permission of the Welsh Books Council.